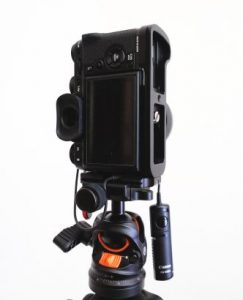 L-brackets offer an easy way how to attach a camera to a tripod — be it in landscape or portrait orientation. While some smaller quick-release plates work too, their lower weight and price can hardly offset the ease of use of a good L-bracket.

All the brackets currently available for X-T2 are Arca-Swiss compatible, which means that they are usable with most tripod heads from almost all brands. There are several brands available, listed below from the most expensive one. 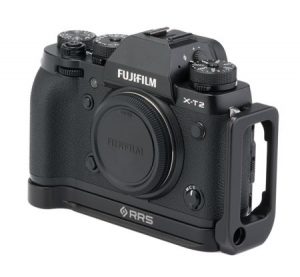 RRS has a long tradition in base plates and L-brackets production. I don’t personally own this one, but I have an older RRS base plate for Fujifilm X-T1 and it is excellent. You certainly don’t lose battery compartment access when you install this one and also access to the side port compartment is still easy, even when the camera is in the portrait mode. 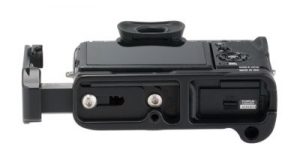 The main disadvantage is a hefty price tag. Then, a hex key is needed to fasten the screw that holds the bracket to the camera. And, it’s also the heaviest of all the options (187g, including the hex key). 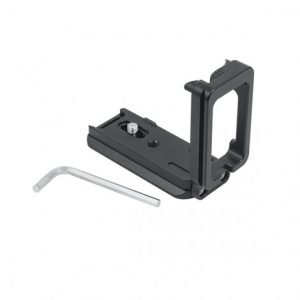 Kirk is another manufacturer of a quality photographic gear, including brackets and plates. I don’t own this one either, but based on the reviews it’s well made and fits X-T2 perfectly. Battery door isn’t blocked by its short design and also the side port compartment can be fully accessed when you fasten the bracket slided away from side of the camera. This bracket is significantly lighter than the RRS one — just 90g. 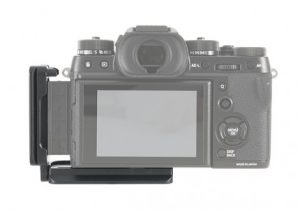 As for cons, it’s still rather expensive at $110. Then, probably not everyone will like the design where the bottom plate doesn’t cover the whole camera, which also makes it a bit unstable on a table. And, as in the case of RRS, you’ll need a hex key to tighten the screw. 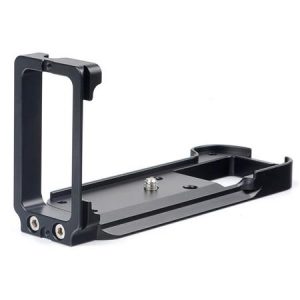 SunwayFoto offers two versions — long and short. Both are quite light (104g and 82g) and based on users’ reports they fit the camera very well. I like the fact that the screw doesn’t require a hex key — you can use one, but you can also use an ordinary screwdriver, a coin or even a nail when you don’t have any tool handy. 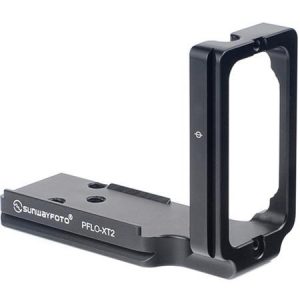 Unlike RRS or Kirk, this bracket doesn’t offer any special solution for easier side port compartment access. You can open the door easily, but there isn’t enough room to attach camera in the portrait orientation together with a remote shutter release plugged in. Don’t worry though, there’s a solution for this problem, see below for a recommended remote release. 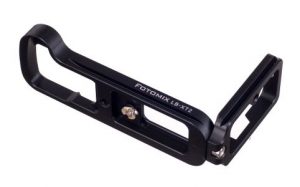 There are also some cheap Chinese alternatives available under several brands, like Fotomix, Bolin, Fittest, First2savvv, Mengs, Meike, etc. — but apart from branding they are the same (or almost). The one I purchased is branded as Mengs and works very well, is perfectly attached to X-T2 body and is pretty light at 84g.

As SunwayFoto above, there isn’t any native solution for remote shutter release when the camera is attached in the portrait mode, but it isn’t a problem, see below.

Note that some brackets have a small part missing in the smaller plate (kind of an U shape of the plate), so that cables can be easily plugged in even with the bracket installed on camera. If you have a small enough connector though, it can get trough the small hole that’s there for connectors door access in the smaller plate version without the missing part (looks like an O shape). See the recommended remote release below. 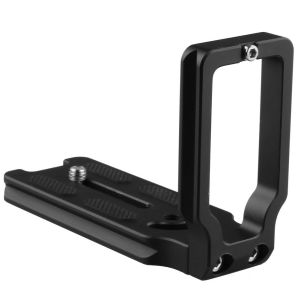 The last option is to use a generic L-bracket that isn’t designed in particular for X-T2. According to some online reports, this Fotga brand works well, even though a user reported that it covers the battery door on X-T2.

An obvious advantage is, that such a bracket can be used even in the future, when you purchase a new camera. However, you can’t expect such a nice match to the camera body, as in the case of the models listed above. 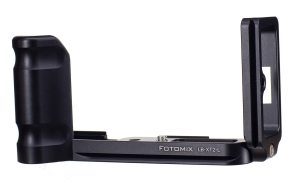 Some users expressed interest in an L-bracket with additional hand grip. I know about one branded as Fotomix, which shares all the other features with the Fotomix bracket described above. A very similar one is available under another brand in the UK or Germany.

L-bracket for camera with a vertical power booster grip

For those who use Fujifilm’s vertical power booster grip there currently are only two options available — from RRS ($190) or Kirk ($165). 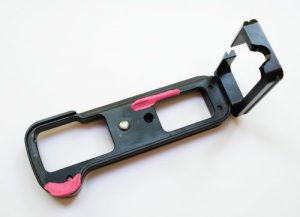 My X-T2 L-bracket fits perfectly, but the older unbranded version for X-T1 wasn’t such a perfect fit — even after tightening the screw really hard, camera didn’t sit in the bracket tightly. There was an easy fix though: I identified two places where the bottom plate didn’t align perfectly with the camera body and applied a bit of Sugru there. It’s a flexible rubber that can be easily shaped after opening, but then it hardens in about 24 hours and turns into a durable silicone rubber. I just didn’t have a better color handy, that’s why my X-T1 bracket looks so fancy. 😉 However the fit is great now, possibly even better than other brackets have, since the hard rubber works as a good connector between the two metals.

Remote shutter release is a natural companion to L-brackets, since both simplify camera workflow with a tripod. There are three ways how to attach one to X-T2 using different connectors: micro USB, 2.5 mm sub-mini and even the old threaded shutter release button. I’ve been happy with the following two. 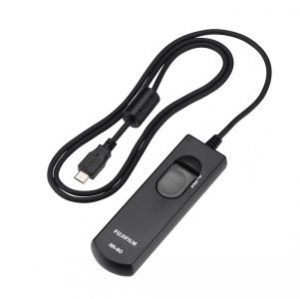 The native solution for X-T2 and also several other bodies is Fujifilm RR-90 Remote Release. It attaches to the camera micro USB port and does its job well. However due to the height of the micro USB connector is its usage in L-brackets pretty much impossible. My fix started with a broken RR-90 — the cable near the micro USB connector broke after some extensive usage. 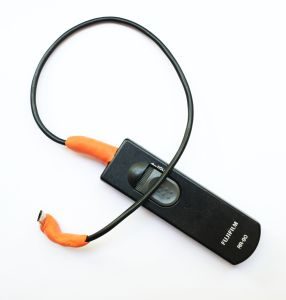 So I cut it off, soldered another lower profile micro USB connector and covered the naked wires with Sugru in order to isolate them from elements. The result worked well, at least for some time, apparently my soldering skills need to be improved, as now the release isn’t reliable anymore. 😉 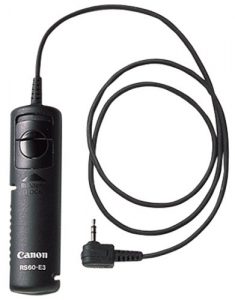 I found even a better solution later — Canon Remote Switch RS60 E3. It uses 2.5 mm sub-mini connector, which is another way how to attach remote shutter release to some Fujifilm cameras. There are more similar releases available under several brands, but none has as low profile of the connector as Canon’s RS60 has. 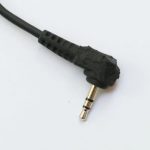 It works out of the box in X-T1 with an L-bracket in the portrait orientation due to some flexibility of the connector doors there. X-T2 doors are more rigid and so even the low profile of RS60 doesn’t fully help. There’s an easy fix though — to cut off some excessive rubber around the connector by a knife. Mine stays well insulated after the operation, but even if you overdo it, just use some Sugru to cover the wires.

Any of the above listed models will work well, as long as you understand their minor limitations. Particularly with the recommended Canon’s RS60 remote shutter release any of them works in the portrait mode, which is the main reason to purchase an L-bracket. My choice was a cheap one and it works very well, but your choice might depend on what’s available in your region — see the purchase links below.