There are various methods of charging your Fujifilm camera, starting from AC, through various USB power sources, powerbanks, solar chargers and more. I try to cover everything I know about Fujifilm batteries charging, usage of portable power sources and methods for shooting not limited by a single NP-W126 battery. 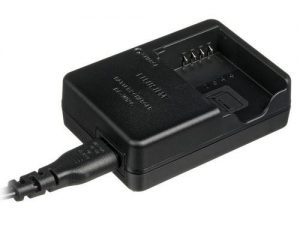 Fujifilm BC-W126 comes with every Fujifilm X camera. It gets the job of battery charging done, but I wouldn’t say it’s perfect though. It can use AC power only (100-240V), is rather bulky and not really light at 130g with the AC cable. So, while definitely usable, not the ideal candidate for travelling.

There are some interesting alternatives that offer somewhat more than the Fuji original. For example this STK NP-W126 comes with a car adapter, is a bit smaller and doesn’t need the AC cable — which might be an advantage, but sometimes it’s rather a disadvantage, particularly when trying to use it in some tricky conditions that can happen in various accommodations around the world. 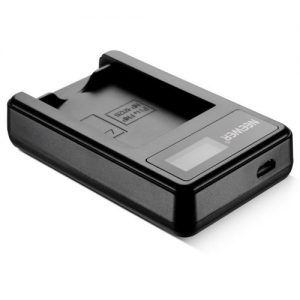 I strongly prefer USB chargers. They are very flexible, as they can be easily connected to AC, cars, notebooks, powerbanks, solar chargers and many other power sources that either provide a USB connector or can be converted to USB through an adapter. 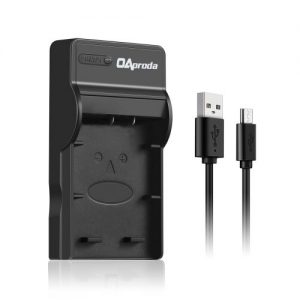 There are various models available, but the most common is one with a small LCD or another with only a LED as a charging indicator. Branding differs for the same product, can be EXPro, Neewer, OAproda or something else. Both weight 27g and are really small, so great for travelling. The one with LCD can charge at 600mA, while the other only at 400mA, so I’d definitely recommend the LCD model, which also shows battery status as a 4-bar indicator. Its only disadvantage is that it doesn’t work well with my solar charger, presumably because of instability of the current provided by the charger.

I strongly recommend a good USB cable to accompany the charger though, as I’ve already seen several cables that were broken due to too much bending, which damaged the wires. Some cables offer better coating that prevents this problem, particularly near the connector. I usually carry only a very short (30cm) cable, since longer isn’t needed and only adds additional clutter to my backpack. 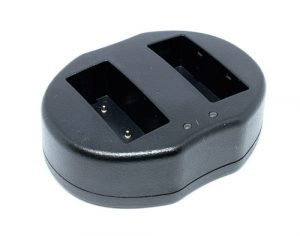 There are also some dual USB chargers available, which can be useful when charging of more batteries is needed. I like this particular model, since it’s very compact, light (32g) and charges at 600mA (or even 800mA for a single battery). Other models are significantly more bulky. 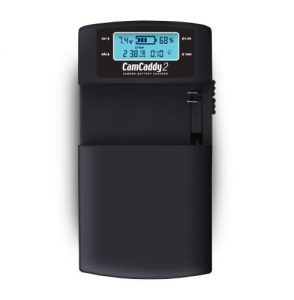 There’s also a possibility to not use a dedicated NP-W126 battery charger, but a universal Li-Ion charger instead. It might be particularly useful when you need to charge several types of batteries, like for Fuji X100s, other brands, or even a mobile phone battery (if it’s removable). Some models also recharge AA and AAA NiMh batteries, which is useful for a headlamps or other devices.

I have CamCaddy 2 for this purpose and it works very well. It’s very compact, at 61g also pretty light and can charge either from a 12V source or USB. At 400mA it is quite slow for 7.2V batteries charging, but very well usable in case you need such a universal device. Ansmann PhotoCam Vario is also a very good choice, particularly when AA or AAA charging is needed.

It should be noted that only the original Fujifilm charger has four pins and thus utilizes all the battery connectors. This way it can detect the internal battery temperature and turn off charging in case of an abnormal situation. Other chargers don’t have such a protection. You can read more about this subject in a blog post dedicated to safety of NP-W126 batteries.

When photographing for a long time away from electricity, you can either have enough batteries, or an alternative power source that can recharge the batteries. This usually means a powerbank, but there are also some more exotic ways how to recharge batteries. In any case, they usually provide a USB connector and so they need to be paired with one of the USB battery chargers described above. 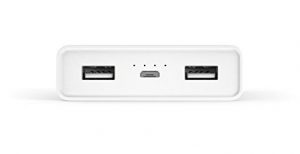 Powerbanks can charge anything with a USB port, so paired with a USB charger, they work well for recharging NP-W126 batteries. There’s a very wide selection available, so I’ll only mention what works well for me. First of all it’s Xiaomi 20000mAh (US, UK, Germany), which not only offers 20000mAh in a reasonably sized package, it’s also quite light for such a capacity at 337g and offers probably the best weight to capacity ratio. 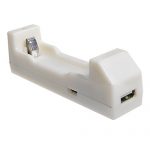 Another option, particularly for the more adventurous, is to purchase few individual 18650 Li-Ion cells and insert them to a powerbank enclosure of your choice. You can find anything from 1 to 8 cells, e.g. this 4 cells model. My favorite choice is a bit weird looking ML-102, which takes only one 18650 cell that can be easily replaced and weights mere 32g (without a battery). Advantage of this approach is that you can have a powerbank of the size needed for a particular trip, like 1 or 2 cells for a short trip where you might just want to recharge your phone, or 8 cells in order to have enough power to recharge several camera batteries. 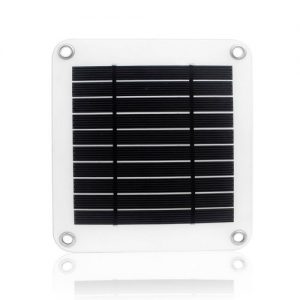 Solar chargers are cool, no question about it. That said, I wouldn’t recommend them in most cases, except for longer trips to wilderness. In all other cases a powerbank or simply enough batteries are better in all aspects – less fuss with the charger, probably lighter than most solar chargers and more reliable. Note that solar chargers are usually either small and thus don’t generate much power, or large and quite heavy, in which case you’d need to recharge quite a few batteries in order to outperform an ordinary powerbank.

The most simple and thus also very light, yet reasonably powerful model I’ve found was Sunkingdom 5W 5V USB Solar Charger. It weights 126g and it’s even possible to cut off the excessive plastic edges and get it down to about 90g, which is roughly the same as 2 NP-W126 batteries. I tested it on backpacking in Kyrgyzstan and particularly in direct sunlight it worked very well, with current often nearly 1 Ampere, which can recharge about a half of an average phone battery during 1 hour stop for a lunch. Anyway, it was mostly for fun, a small powerbank would work as well for a week long trek.

When one battery isn’t enough 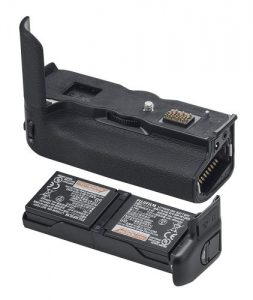 Sometimes there’s a need for power provided for longer time than a single battery can supply. This includes extensive shootings where time for battery replacement isn’t available, time-lapse, astrophotography, startrails, etc. One option is to purchase the original Vertical Power Boost Grip (VPB-XT2) from Fujifilm. This grip, apart from some other features, can have up to two additional NP-W126 batteries inserted, which gives you three batteries total.

When even 3 batteries aren’t enough, or when you don’t want to purchase and haul the Vertical Grip, there’s also another option — to connect the camera to an external power source through the DC coupler CP-W126. It creates an unlimited power source for Fujifilm X cameras when paired with the official Fujifilm AC-9V Power Adapter. However, when power grid isn’t available — which means always in the landscape photography — some kind of a portable power source is needed.

An ordinary powerbank can be used to power the camera through the CP-W126 coupler, there is just a DC converter needed in order to feed the 5V provided by USB to the camera that needs 8.4V. This setup works generally speaking well, but you need a powerbank that provides enough current through the USB. Mine has 2 Amperes and it isn’t enough, since any usage of mechanical shutter results in camera powering down, while the electronic shutter works well. Apparently at least some 2.4 Amperes would be needed on the USB input.

A safer approach is to use a powerbank that has a 8.4V or 9V output, so that it can be plugged directly to the camera, without the need for a DC converter. Such powerbanks can be found here or here. Note though that there’s even a better and easier approach described in the next section.

Some newer Fujifilm cameras, including X-T2, offer charging in camera via a USB cable. There’s a standard micro-B USB connector, common to many devices, including Android phones. I don’t charge batteries in camera, but it’s a nice backup, just in case the charger isn’t available for whatever reason. Note that it’s also rather slow, it uses only 0.47 Amps from the 5V USB source, so the full battery charge can take up to 5 hours!

X-T2 manual describes this as a battery charging only function. And really, a connected USB cable isn’t enough to power the camera when there isn’t a battery inserted. However, when a battery is inserted and a USB cable plugged in as well, I noticed that the power is taken from the USB, while battery level stays the same. Apparently, the battery is required to be inserted in order to handle some excessive power requirements that can’t be managed by the 5V/max. 2A USB source, but most of the time the USB power is enough and battery is conserved. I have already tested this method while photographing the 2017 Perseid meteor shower.

This article finishes the trilogy covering all the aspects of Fujifilm batteries and their charging. You can find more information about the NP-W126 batteries and X-T2 power management in the other two articles of this series.

Do you have another favorite charging method? Please leave a note in the comments below!